Major corporations, which employ hundreds of people, are still utilizing either the remote or hybrid work model. This means that thousands of square meters of office space remain closed or are used by only about 20% of company employees. That is why some companies have decided to sublease part of their office space to other businesses. Experts from JLL believe that this is a trend that might become widespread in 2021. However, it should be remembered that subleasing is not the same as assigning a contract, and early termination of an office lease contract is also governed by its own specific terms and rights.

If a company decides to sublease some of its office space, it leases it to another company for a certain period of time. It is rarely a completely independent space - even if it is located on a separate floor. A subleased office is usually a portion of the company’s open space or a number of spacious rooms and conference amenities. Common areas include, for example, the reception desk, a kitchen with a dining area, relaxation zones, as well as meeting and conference rooms. However, the biggest challenge seems to be separating the server room to predominantly ensure data security of each company. In such a case it is good to use the expert knowledge of IT specialists and a manager who will guide the whole process through the changes related to the sublease. 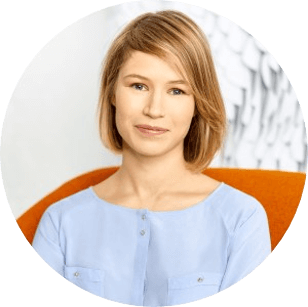 We ought to remember that a sublease is a short-term agreement binding the sublessor and the subtenant. However, it does require consent from the property owner, the company which makes part of its space available executes the contract with a new company and takes full responsibility for subsequent cooperation. This solution is of benefit to both  parties.  The subleasing company reduces it costs while the subtenant has a fully equipped office space for a certain period of time agreed with the original tenant. The success of the whole undertaking will be determined by well-thought-out decisions by the company that is subleasing the area, how good its relations with the building’s owner are, and the implementation of the whole transaction. A sublease is a separate agreement which requires appropriate preparation, and sometimes involves negotiations within the framework of an agreement binding the tenant with the landlord and setting final terms of the transaction proper for both parties. That is why it is important to have the support of advisors in such a process

The agreement is transferred from the tenant to a new entity that takes over all of their existing obligations.

“This is nothing other than a contract cession. The original tenant ceases to be a party while the new company takes over all its previous obligations to the office’s owner. Therefore, it accepts the rent rates, the amount of deposit or financial security, the notice period, the duration of the contract and other rights and obligations, i.e. the rules of such cooperation, which were previously accepted by the tenant, which transfers the space to another entrepreneur”, comments Katarzyna Kłaczyńska. “Here, too, the building owner's consent is required. In addition, they may require financial reports from a potential new tenant to ensure that the company is both credible and solvent. Although it happens rarely, such a cession does not close the negotiations. If changes that are significant for the landlord are included in the annex to the agreement, they will be effective from the moment of signing the agreement and taking over the office space by the company”, adds Katarzyna Kłaczyńska.

In a scenario in which a potential sub-tenant becomes the main tenant because it decides to extend the agreement beyond the duration of the available sublease, it is immediately decided whether the sublease agreement will be negotiated directly with the landlord. If this is the case, a good option is to terminate the contract before its end date and conclude a new agreement. However, several important issues should be kept in mind. First of all, the deadlines included in the documents should ensure the continuity of the lease for the owner. Secondly, it is necessary to determine exactly who is responsible for taking over the office space, because it is in the possession of the current tenant, and not, as in most cases, when signing a new contract in the hands of the building’s owner - the issue of responsibility for the condition of such space is important. In this case, it is worth appointing a project manager who will take care of all the formalities related to the opinion and acceptance of a particular office and make sure that the expectations of the landlord and tenant are met.

“Usually, such transactions concern tenants who are in the process of rapid development, when the demand for space is higher than previously assumed. Then the talks are held directly between the parties involved. Due to their complex structure, such transactions are supported by JLL. Currently, it is much more common to meet sub-leases that do not change the relationship between the landlord and the tenant, but only add a sub-tenant to this equation. Both contract transfers and pre-term terminations associated with concluding new contracts in their place, are in the minority due to the higher level of complexity and other relevant factors”, summarizes Katarzyna Kłaczyńska.