Offices for rent in Cracow

Browar Lubicz - Budynek A i B

With around 762,000 inhabitants, and almost 166,000 students, Kraków is the second most influential and dynamic business centre in Poland, boasting a strong economy driven by knowledge and innovation. The economic significance of the city is strengthened by the demographics of the region (approximately nine million people living within a 100 km radius) and the excellent connectivity offered by international E-roads (E77, E40), Kraków–Balice international airport (the second largest in Poland) and an extensive railway network (Warsaw can be reached by train in under two and a half hours).

The city is the undisputable leader in terms of number of companies and employment in the business services sector in both Poland and the whole of the CEE. It is ranked globally as the ninth best investment location for the sector in „2016 Top Outsourcing Destinations” by Tholons.

Kraków is the second largest educational centre in Poland, with a number of internationally renowned higher education institutions, including the Jagiellonian University, the oldest university in Poland, and the AGH University of Science and Technology. Important pull factors which attract investors to the city include the existence of the numerous industry-oriented research units and the business and science clusters with a focus on biotechnology, IT, and research and development.

Examples of the major infrastructural improvements in Kraków over the past few years include the expansion of the passenger terminal in Balice (now with a potential capacity of almost eight million passengers per year), the opening of the Kraków–Balice railway - a part of the Fast Railway System underway (Kraków city centre is now accessible in just 17 minutes), and the construction of a network of four ring roads (which is an on-going process).

Due to its historical and cultural heritage Kraków has been listed by UNESCO as one of the most attractive locations in the world and honoured with the titles of European City of Culture (in the year 2000), and UNESCO City of Literature (in 2013). The city’s high profile events and extensive cultural and leisure attractions draw more than nine million tourists every year. With the opening of ICE Kraków Congress Centre (36,000 m² of conference space) and TAURON Arena Kraków (the biggest arena in Poland and one of the most modern entertainment and sports venues in the world), Kraków is also strengthening its position as an important European destination for MICE*.

With 736,500 m2 of modern office space, Kraków has grown into the largest regional office market in Poland outside of Warsaw.

On the back of the robust development activity, the 1 million m2 threshold should be crossed by 2018.

Some 183,000 m2 of highest quality office space is currently under construction, a level precisely corresponding to that in Madrid. The developement of further 85,000 m2 is likely to be started in 2016, which will come on stream by the end of 2017. Thus an unprecedented amount of space will arrive to Kraków over the course of 2016 and 2017: 117,000 m2 and 127,000 m2 respectively. Around one third of the under construction office stock is already secured by pre-let agreements, which is typical for low-vacancy environment.

Brain Office with a topping out ceremony

Located at Fabryczna street in Krakow, the office complex Brain Office finished the tenth and at the same time the highest storey of the building with a symbolic topping out ceremony.The office build... 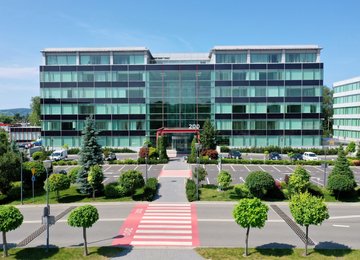 Eximius Park received a unique distinction. For exceptional care of its tenants, the complex has been granted the Wellbeing Quality certificate. To get this award, the building is inspected in many di... 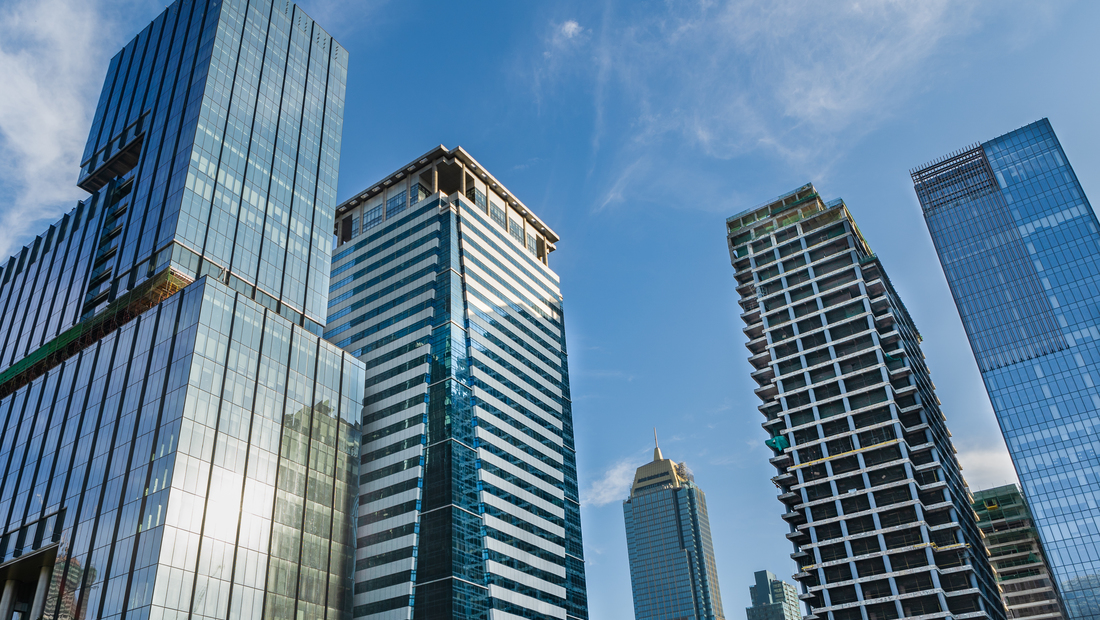 Peakside Capital Advisors has completed the sale of eight hectares of land, including the Plaza Gallery building, to developer STRABAG Real Estate. JLL advisors supported the vendor in this process. ... 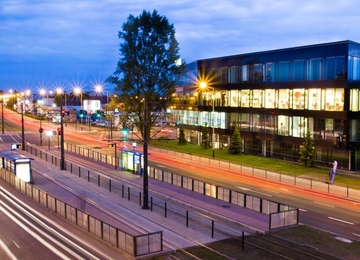 Diamante Plaza begins the new year with a new certificate

Located on Dekerta Street in Krakow, the 4-storey office building Diamante Plaza has been awarded the BREEAM In-use green certificate at the Excellent level.It was evaluated mainly for its technical c... 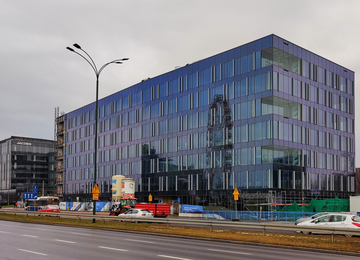 Kraków with a new office building

Construction of a modern skyscraper MK29 has started at Marii Konopnickiej Street in the vicinity of Krakow's Vistula Boulevards.The six-storey building will provide as an office and service facility ... 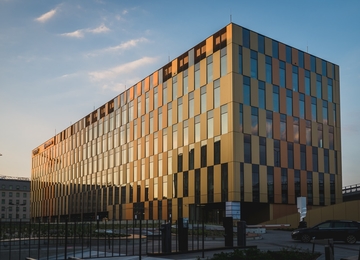 The flexible office at High5ive office building in Krakow is expanding

In the High5ive Building 2 in Krakow, the flexible office space has been expanded. It is over 800 m2 of additional space on the third floor of the building. In this place both office and common spaces... 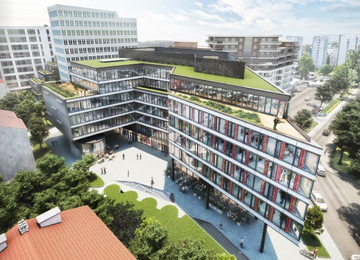 The construction of the new office building in Krakow has started

The construction works on the new project in Kraków have commenced. The Mogilska 35 Office building will be the six-storey office building with an area of ​​approximately 11,000 sqm. The office floors... 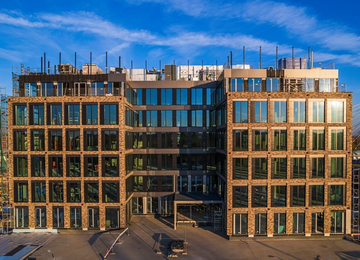 The construction of The Park 1 is almost completed

The Park 1 is the first of eight planned buildings of the Kraków's The Park complex. At the moment, it is the largest office project in Kraków.The Park 1 building will offer 12,500 sq m of high-class ... 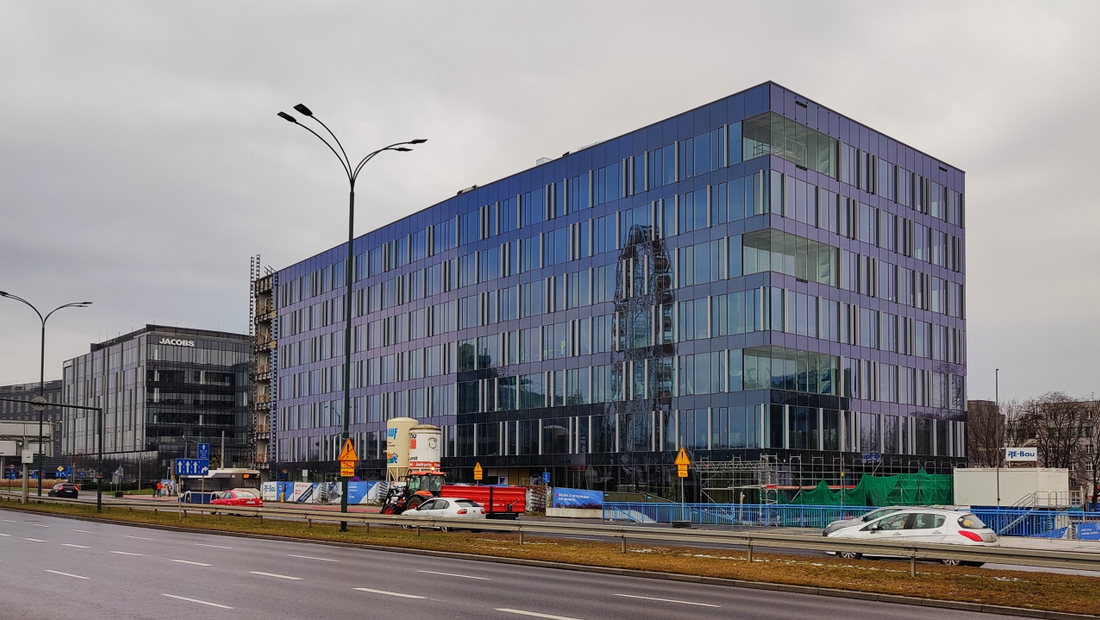 Zendesk, the champion of great service that powers the customer experience of companies such as Discord, Trustpilot and Conrad Electronics, is expanding its office presence in Poland. The company will... 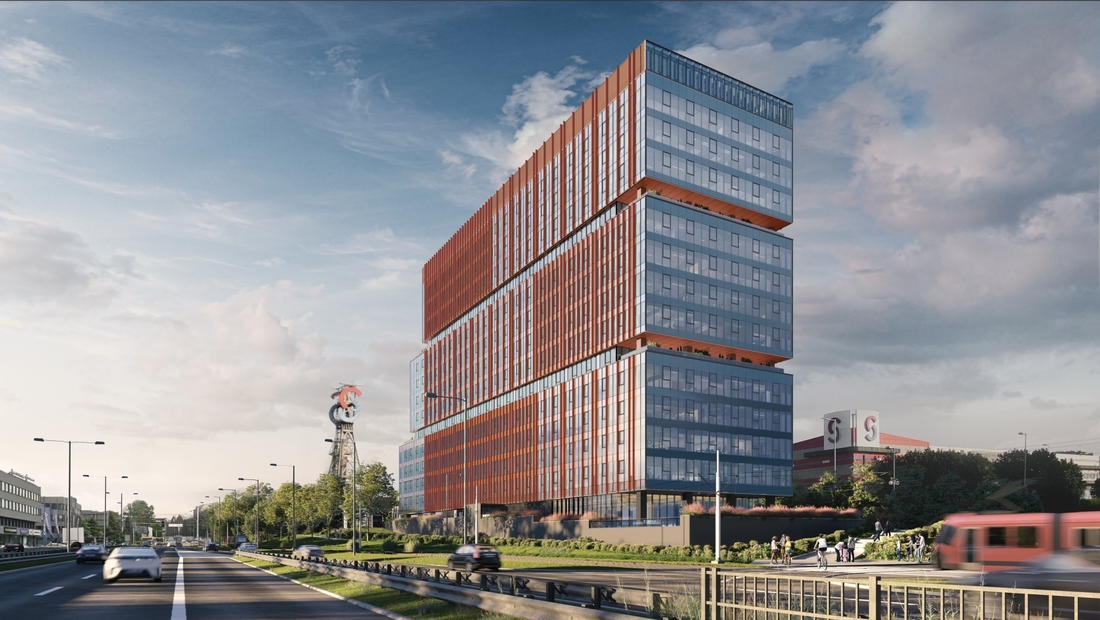 JLL responsible for commercialisation of Craft office building in Katowice

JLL with a new office instruction in Katowice. The international consulting company JLL has been selected as the exclusive agent of the modern Craft office building, belonging to Ghelamco's portfolio....