Offices for rent in Wroclaw

Business Center Save The World

Wrocław is home to 634,500 people and the fourth largest city in Poland. It features a unique location on several islands connected by more than one hundred bridges (being often called the “Venice of the North”), situated strategically between Prague, Warsaw and Berlin, each reachable by car in around just three and a half hours. Convenient connections across Poland and Europe are offered by traditionally wellestablished rail and flight networks (around 40 destinations served by a new terminal which opened in 2012).

The high number of people in working age and the constant growth in the level of the education of its citizens show the significant human potential of the city and its labour market. Wrocław is one of the three largest academic hubs in Poland, with more than twenty universities and higher education institutions and has one of the largest numbers of IT students nationwide, second only to Kraków.

As a result of this the city has become the largest R&D centre in Poland, with a constantly growing number of knowledge-based investments. The presence of nearly twenty companies with R&D divisions (e.g. Atos, Diehl Controls, Dolby Laboratories, Hamilton Sundstrand, Nokia, Opera Software ASA, QAD, Tieto, Viessman, Wabco, and Whirlpool), several independent R&D centres, including the leading Wrocław Research Center EIT+, and the Wrocław Academic Hub (Poland’s first co-operation platform for local government and academic institutions), as well as the vast research potential of the Wroclaw University of Technology, create a base for advanced research and innovation in the fields of IT, biotechnology, nanotechnology, engineering and medicine. The city has also emerged as a top choice location for Knowledge Process Outsourcing centres in Poland, and has attracted centres belonging to such companies as Crisil Irevna, Credit Suisse, Hewlett-Packard and McKinsey & Company.

Wrocław is one of the oldest and, due to its multicultural past, the most cosmopolitan cities in Poland. As the host of several events of international reputation (such as the Nowe Horyzonty International Film Festival, the Dialog International Theatre Festival and Wratislavia Cantans), the city is regarded as an important Polish and European cultural centre, which was reflected in it being named European Capital of Culture in 2016. It is also well recognized globally in prestigious economic and social rankings, placed ninth in the emerging cities category in Global Cities of Future 2016/2017 by fDi Intelligence (Financial Times), 58th in 2016 Top 100 Outsourcing Destinations by Tholons and 99th in the 2016 Quality of Living ranking by Mercer (in which Warsaw ranked 79th).

Wrocław is the third largest office market in Poland (after Warsaw and Kraków), offering around 670,000 m2 of modern office space. Since the beginnings of the growth of the modern business services sector in Poland in the 2000s, Wrocław has always been on short lists of shared service centres and outsourcing companies looking to nearshore, or even off-shore operations to a cost-effective destination with high quality of services in multiple languages.

Over time, the city has developed a critical mass of modern service centres whose excellent performance has led to an organic growth of existing operations and encouraged other market entries, resulting in a robust growth in modern office stock.

Both existing and planned office supply show a strong concentration in the central parts of the city. Outside of the city centre, the market is developing most dynamically in the western part of the city, especially the areas around Strzegomska and Legnicka streets, i.e. towards the airport. 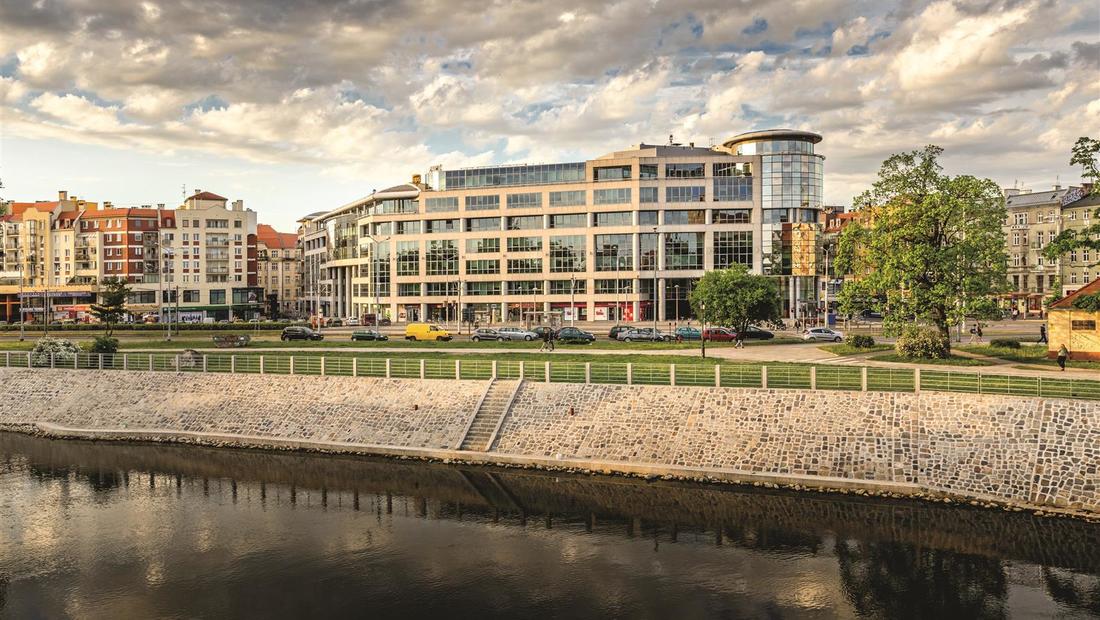 Bema Plaza with a new tenant

Alektum, a company from the debt collection sector, has leased 900 sqm in the Bema Plaza building in Wrocław. The commercialization of the office building is supervised by the consulting company JL...

Next step in the construction of Quorum

The Quorum complex is the biggest mixed-use project in Lower Silesia. It will consist of 5 buildings, where the largest one – building D has already reached its target height.Part D will offer more th... 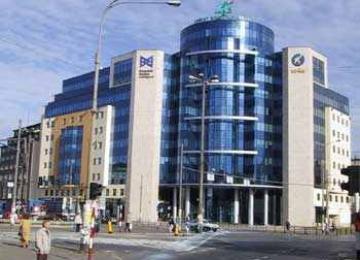 The modernization of the Centrum Orląt office building in Wrocław begins

A new office complex in Wrocław is planned

A new construction investment in Wrocław is planned. Thanks to the environmental decision signed by the president of the city, a complex of four office skyscrapers will be erected. Each of them will b... 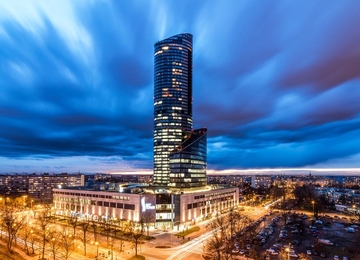 Sky Tower is the highest skyscraper in Wrocław and one of the highest in Poland. Its height is over 200 meters, and its total area is 171 000 sqm. The building was commissioned in 2013. Currently, its... 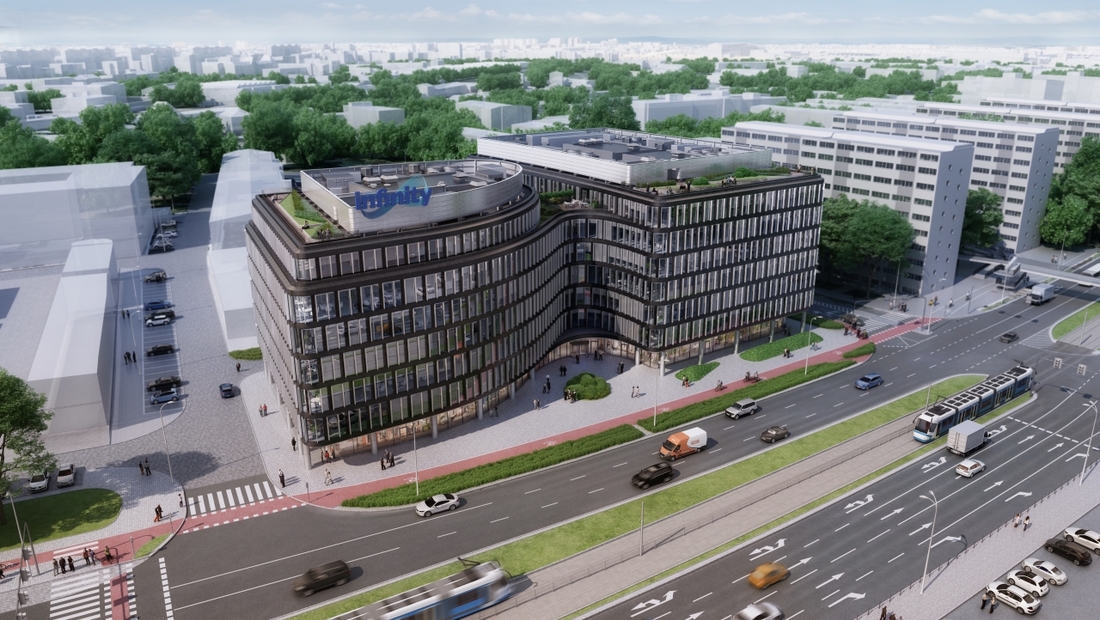 Construction works related to the underground of the Infinity office building in Wrocław are progressing dynamically. The general contractor for the investment, Eiffage Polska Budownictwo S.A., has al...

The general contractor of Infinity carries out earthworks intensively. The diaphragm wall is already done and the foundation plate is going to be done in November. Infinity will be a modern A-class bu... 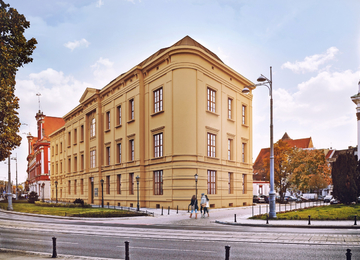 The ceremony of laying a time capsule under the L'UNI investment was held on the 11th of August this year. L'UNI is a neo-renaissance building of the former Faculty of Pharmacy of the Medical Academy....

The L'UNI office building in Wrocław is undergoing a major revitalization. The historic building will be carefully renovated and will offer modern office space for rent of the highest standard.The las...

A complex of office, service and hotel buildings will be erected in Wrocław. The investment will be called B10 and will be located on Bolkowska Street, on parcels of a total area of 10,111 sqm. The in...