Offices for rent in Poznan

Business Garden Poznań I (B1)

Business Garden Poznań I (B2)

Business Garden Poznań I (B3)

Business Garden Poznań I (B4)

Poznań is the administrative and economic capital of the Wielkopolska region, the third most populous voivodship in Poland. The number of the city’s residents stands at 545,700, while the larger Poznań Metropolitan Area is home to more than 800,000 people.

Poznań benefits from direct access to the European motorway network (both Warsaw and Berlin are around two and a half hours’ drive away) and to the one of the main transit corridors connecting western and eastern Europe (the A2 motorway). The transport accessibility of the city is further improved by numerous fast railway connections (with the new Poznań Główny railway station, and the integrated Poznań City Center shopping centre, being opened in 2012) and Ławica international airport (the fifth busiest airport in Poland, with more than 1.4 million passengers served in 2014, offering direct flights to 27 European cities).

Poznań remains the historical centre of the Polish exhibition industry, playing host to a number of important business and cultural events. The Poznań International Fair, the first organizer of fairs in Central and Eastern Europe, is regarded as the leader among Polish trade facilities (more than 110,000 m2 of exhibition space and around 630,000 visitors in 2015).

The city’s geographical location makes it attractive for western European companies looking to do business in Poland, with as much as one third of the foreign capital invested in Poznań coming from Germany.

The economic fabric of the city is diversified and well developed. Key industries include the retail, electromechanical, automotive, chemical and food production, and service sectors. Notable manufacturing presences include Bridgestone, GlaxoSmithKline, Nivea, Kompania Piwowarska (SAB Miller), Unilever, Volkswagen and Wrigley. In recent years, a number of companies from the business service sector have decided to open BPO/SSC/ITO and R&D centres in the city, around 50% of which specialize in the field of finance and accounting.

Poznan boasts one of the strongest economies of any city in Poland. It has an unemployment rate amongst the lowest nationwide (2.5% as of January 2016) and a GDP per capita figure that is second only to that of Warsaw. The city is also a vibrant academic hub, educating about 117,000 students. The renowned Adam Mickiewicz University is the third largest institution of higher education in Poland. Poznań’s extensive cultural and recreational attractions include several theatres and musical establishments (including the Poznań Philharmonic), museums, galleries and many other draws, such as Jezioro Maltańskie and Termy Maltańskie, the biggest aqua park in Poland.

Poznań’s economy can be regarded as healthy and sustainable. Oxford Economics forecasts GDP growth at 3.46% for 2016-2018, which is the third best projection in Poland, behind only Warsaw and Kraków.

Office development to date has been reasonably stable and even subdued, given the economic over-performance in many aspects, as well as the proximity to the German market. Total office supply currently stands at 387,000 m2, with around 51,000 m2 under construction.

The major office schemes underway in the strictly defined city centre include Maraton phase I and II (a total of 22,000 m2) and Bałtyk Tower (11,000 m2).

At the moment Poznań is one of the smallest European office markets which is monitored by JLL. The 0.5 million m2 threshold is likely to be hit by the end of 2018.

Stara Rzeznia has the green light

A project envisioning the revitalization of Poznan's historic Stara Rzeznia complex has received the green light. A permit has been issued for the renovation of the first three buildings, which will b...

The completion of Andersia Silver, a skyscraper under construction in the centre of Poznań, is scheduled for mid-2025. Its total height of 116 metres will give it the title of the tallest building in ... 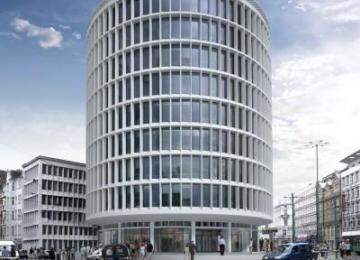 There will be a flexible office in Okrąglak office building

Flexible office will be launched in Okrąglak office building in Poznań. A total of 1,500 sqm on two floors will be available to future tenants. It will be possible to start the lease from September 20...

The construction of a complex of multifunctional buildings will start in March this year. The office and warehouse buildings will provide about 6 thousand sqm and will be divided into 4 segments inten... 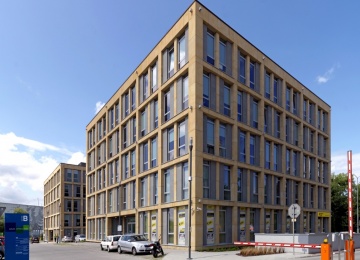 The Malta Office Park complex located in Poznań is the first building in the world that gained BREEAM in Use certification in its latest version v.6 2020 International. What's more, it received it at ...

Poznań will be enriched by another new office skyscraper

A new office building called H6 will be constructed at Grunwaldzka Street in Poznan. The building will be to a large extent glazed, and its roof will be green, which will certainly influence its moder...

Construction works are underway on Andersia Silver, the tallest office building in Poznań 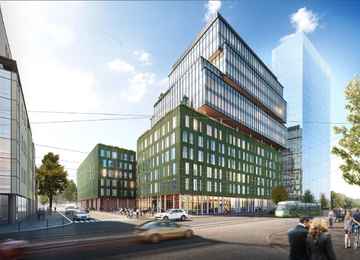 Next building of Nowy Rynek completed

Another, already the fourth building of the Poznań investment Nowy Rynek has been completed. Part D has obtained an occupancy permit, thus allowing tenants to move into modern office space with a tota... 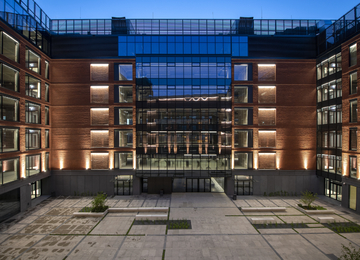 Located at Głogowska street in Poznań, the office building Giant Office has received the BREEAM certificate at the VERY GOOD level. This is a result of the investor's efforts for the tenants, their wo...

Changes are waiting for Malta Office Park. It is planned to extend the offer of provided services, improve workplace comfort and focus on environmental protection by reducing the negative impact on th...