Offices for rent in Lodz

Łódź is home to 706,000 people and is, after Warsaw and Kraków, the third largest city in Poland. Its central location, only 130 km southwest of Warsaw, along with recent infrastructural improvements, underline the great economic potential ahead and stimulate the implementation of the Warsaw-Łódź duopolis concept.

Today, after the opening of the A2 motorway, the drive between the cities takes approximately one and a half hours and the modernization of the railway line will shorten the train trip to just around 70 minutes.

Since the early 1990s and the collapse of many state-owned factories, the local authorities here have been successfully building the innovative brand of the city (it ranked first in the Eastern European City for FDI strategy category in fDi’s Polish cities of the future 2015/16 ranking).

An inexpensive talent poll (the average monthly wage here is below the national average) and an improving climate for investors have resulted in a growing number of companies joining the ranks of global brands present in the city, operating predominantly in the IT and business services (e.g. Dell, Fujitsu Technology Solution, Hewlett-Packard, Infosys, Sii, Veolia), manufacturing (ABB, BSH, Indesit), and logistics sectors (DHL, TNT).

With the renowned Łódź Academy of Fine Arts, the Higher School of Art and Design, and the Leon Schiller Polish National Film, Television and Theatre School, Łódź is also the centre of Poland’s creative industries, including fashion, design, architecture and film production. Its prestigious film, photography and fashion festivals (e.g. FashionPhilosophy Fashion Week Poland, and the Łódź Design Festival) are distinctive features of Łódź’s cultural sphere. The unique, post-industrial architectural spirit of the city of Łódź is created by numerous monumental manufacturing buildings, many of which now accommodate modern lofts, offices, retail schemes, hotels and public facilities (e.g. the renowned Manufaktura shopping and entertainment centre owned by Union Investment, EC1 Łódź, Art_Incubator and OFF Piotrkowska).

The most complex development concept currently underway is “The New Centre of Łódź”, a project of city centre redevelopment with more than 90 ha area aimed at cultural and commercial undertakings which will be delivered in stages by 2035. The key element of the project is the construction of Łódź Fabryczna railway station, which, upon completion, looks set to become one of the most modern multi-modal junctions in Europe (the target capacity is up to 200,000 passengers a day).

Łódź offers a total of 305,000 m2 of modern office space and is the least developed market in this respect of the biggest seven. Between 2010 and 2014, the city saw subdued new office completions which demonstrated the generally cautious approach following the subprime crisis of 2008/9.

Currently, more than 90,000 m2 is under active construction, led by strong pre-letting activity. This equates to almost one third of the existing office stock. Taking into account the planned starting of several other office developments, the realistic completion level is expected to be in the region of 46,000 m2 in 2016 and 58,000 m2 in 2017. Importantly, more than 55% of the under construction pipeline has been already pre-let.

Unsurprisingly, the city centre accounts for the bulk of both the existing and the under construction office supply.

Another revitalisation in Łódź - Cotton Warehouse

Łódź's well-known mixed-use complex 'Makulatura', which includes Poznanski's Cantor, will expand with a new building. The revitalised Cotton Warehouse will offer 8,500 sqm of 'A+' class office space a...

Multifunctional skyscraper Fern will be the last phase of Lódz's OFF.

In February 2023, construction will begin on Fern, a building that will enclose the open space of OFF on the site of the former Ramisch factory in Łódź. Initially, Fern was planned to be an office bui... 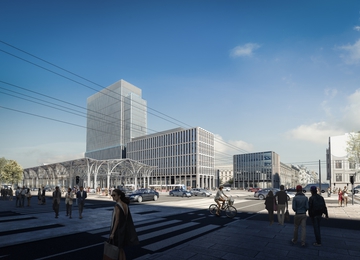 "Flex office" - an alternative to traditional offices for smaller companies or individuals. They usually provide tenants with full facilities and a flexible lease term. This type of office will soon a...

A flexible office will open in Fuzja

A flexible office will open in one of the office buildings in the Fuzja complex in Łódź. The office will exclusively occupy a three-storey building with a total area of 2,000 sqm. The facade of the bu...

After two years, Łódź saw the opening of the Opera Park office building. The building was completed in 2019, however, due to the Coronavirus pandemic, the building has been solemnly put into use just ...

Two office buildings in the Fuzja complex in Łódź received use permits. The buildings provide 19,000 sqm of space in total. The appearance of both buildings combines history with modernity. An example... 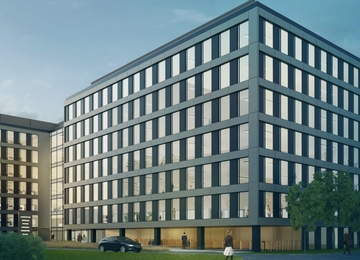 React in Łódź ready for use

In the centre of Łódź, at 24, Piłsudskiego Avenue, a seven-storey office building React has been completed.React was designed in the spirit of sustainable development, thanks to which it features eco-...

The Golden Tower has obtained building permit on Piotrkowska Street

The Golden Tower is a 72-meter high skyscraper, which, following the consent of the Łódź city council, will be the first building of this type located in the Łódź downtown. Previously, the maximum all... 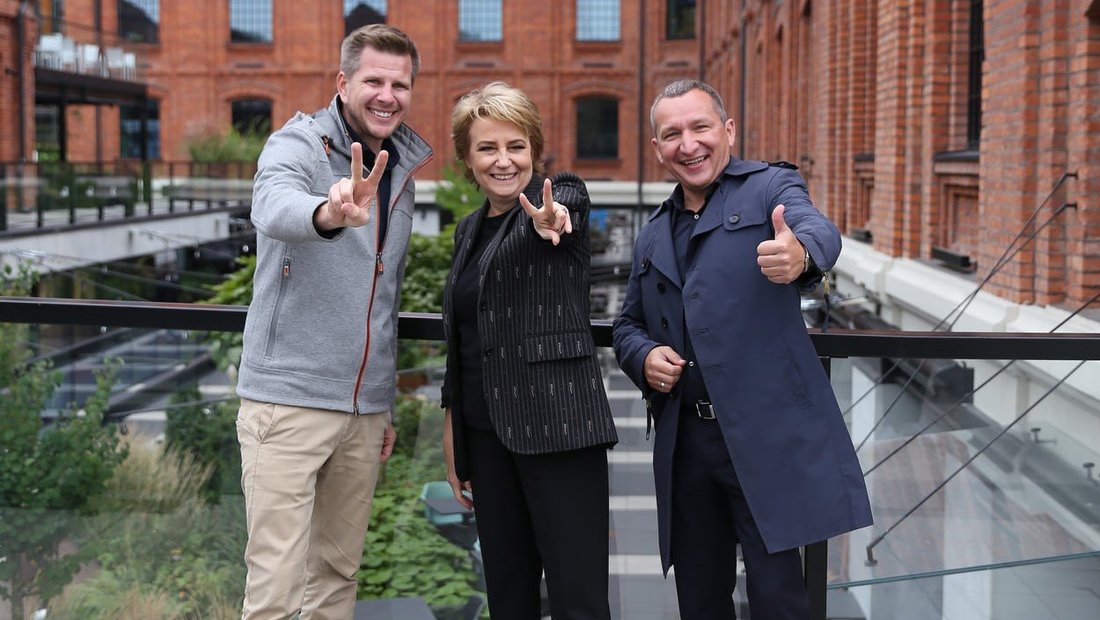 The revitalization of Widzewska Manufaktura WIMA is not slowing down

The revitalization of Widzewska Manufaktura WIMA is an ambitious project to renew the land of the former "Wi-Ma" factory at Piłsudski Avenue in Łódź. The demolition of the non-historic buildings has a...