More than half of the 1.24 million sqm of office space for which leases were signed in 2021 is located in Warsaw. Approx. 45% in the total quantum of transactions were renegotiations. Developers' activity is concentrated in the main regional cities outside the capital - there is almost 3 times more sqm. under construction there than in Warsaw.

International advisory firm JLL has summarised performances and conditions, at the end of Q4 2021, for  Warsaw and the largest regional office markets (Kraków, Wrocław, the Tri-City, Poznań, Katowice, Łódź, Lublin and Szczecin):

Renegotiations, flexible spaces and a longing for normality

In Warsaw, where 645,500 sqm was leased in 2021, Q4 was clearly the strongest quarter. Similarly, in the eight main regional markets, after three relatively weak quarters, the full year result of 595,000 sqm was achieved due to a strong rebound in the last three months. In Q4, 214,600 sqm was leased, an increase of 90% on the previous quarter.

“Tenants were still quite cautious about making long-term office decisions, as evidenced, for example, by the relatively high share of renegotiations, 45% for Warsaw and 43% for the other analysed markets. However, the increased activity from the modern business services sector in the regions in H2 2021, coupled with the sector’s announcements of further activity in the Warsaw market and the significant scale of ongoing processes, may well have a positive impact on lease transaction volumes in the next few months.

The longing for 'normality' and a return to offices is reflected in the growing demand for flexible space. According to JLL experts, the shortage of such space is visible not only in Warsaw, where the average occupancy rate exceeds 90% in central locations, but also in Kraków, Wrocław and Tri-City. They are primarily of interest to small and medium-sized companies. However, flexible space is also of interest to corporations as it can give them room to either expand or act as a ‘holding pattern’ while awaiting completion of their permanent office location.

The transition period may also be regarded as the time, which companies need to work out and implement their post-pandemic work model. There are many indications that for many firms the hybrid model will be the preferred format, which will significantly influence demand for office space in the next 2-3 years.

“Some companies are still at the stage of developing new work environment strategies and are not able to clearly estimate the demand for offices in the long term. On the other hand, we observed an increase in the number of lease transactions at the end of the year, which augurs well for the entire domestic office market”, comments Tomasz Czuba, Head of JLL’s office agency.

There were various reasons for these delays, such as the absence of a key tenant, prolonged administrative processes and disruptions to supply chains. These factors all had an impact on the construction process. However, most of these buildings will be delivered to the market at the beginning of this year.

“The pause in investment decisions following the outbreak of the pandemic has meant that the pace of development in the capital’s market has slowed significantly. This allows us to expect a rather sizable gap between supply and demand over the next year. Demand for premium office space will increase as interest grows in buildings developed in accordance with ESG requirements and principles, and which offer the best technological solutions and a range of amenities to office users. These, however, will not be coming onto the market quickly enough, which is why rental rates in prime buildings are expected to rise”, comments Mateusz Polkowski, Head of the Research and Consultancy Team at JLL.

The office sector remains one of the pillars of Poland’s investment market. In 2021, the volume of transactions exceeded €1.7 billion, of which as much as 72% was accounted for by Warsaw. Kraków ranked second in terms of investment activity and attracted nearly 16% of capital located in the office segment. 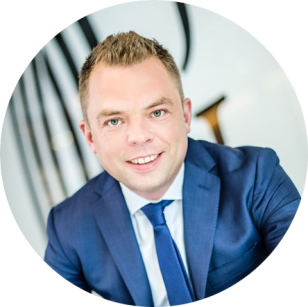 ”Prime buildings continued to attract investors throughout the year, primarily in Warsaw. These are predominantly well-located A-class buildings that guarantee long-term income and a stable lease structure. The most interesting transactions that were finalised in 2021 included the sale y Echo Investment’s sale of its Warsaw Brewery Malthouse Offices Biura przy Warzelni in the Warsaw Brewery complex in Wola. The facility was acquired by Deka Immobilien for EUR 152.3 million. In the regional markets, the biggest transaction was the acquisition of the Buma group's portfolio by Partners Group. The value of the purchase of the facilities in Kraków and Wrocław totalled over EUR 200 million. The bullish sentiment that investors displayed at the end of the year, looks set to continue in 2022. Transactions already finalized in January allow us to assume that the current year has the opportunity to become one of the office market’s best ever for total transactions value.

More reports and analyses from the Warsaw and major regional office markets can be found at jll.pl.