It is often said that it is easier to build from scratch than to conduct a general redevelopment. Nevertheless, increasingly more developers invest in commercial real estate revitalization projects. C200 Office is an example of a general redevelopment of an office scheme, built during the 1970’s that served Gdańsk Shipyard for years. An interview with Mikołaj Konopka, Vice President at Euro Styl Sp. z o.o. about breathing new life into post-shipyard areas. 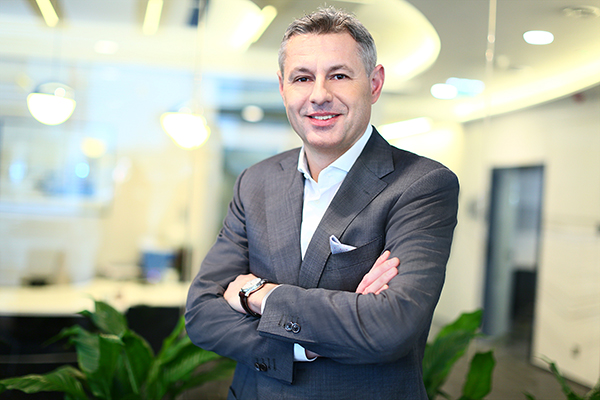 Anna Wasilewska-Dąbek: Post-shipyard areas have their own unique character – you lead the way in terms of revitalization activities in the area of what was previously Północna Shipyard. What encouraged you to invest in C200?

Mikołaj Konopka: The basic factor that prompted us to launch the investment was its proximity to the city center and that it was well-served by public transportation. Historically, the post-shipyard areas in Gdańsk were some of the best locations towards the heart of the city center. For example, a tram stop is located just five meters from the C200’s main entrance. Furthermore, the SKM (Fast City Train) and PKM (Pomeranian Metropolitan Railway) lines provide communication with all of the most popular city districts within young generations: Southern districts, Łostowice, Gdańsk South and Morena. Additionally, the tunnel under Dead Vistula river will be opened in the upcoming months and will provide quick access to the Southern ring road, A1 motorway and S7 expressway to Elbląg. Such communication options will result in lowering commuting time to work from these locations to less than 20 minutes – a factor which is of great importance to employees. We also feel that in the future, these areas will become very attractive places for leisure activities as well as work. 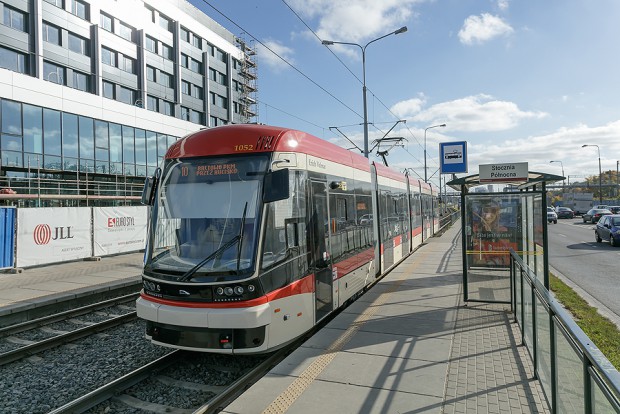 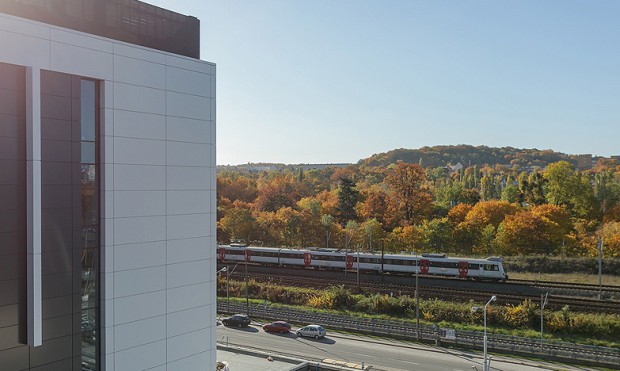 Photo: Station located in front of the building’s main entrance serves number of tram lines. SKM in near visinity.

Anna Wasilewska-Dąbek: Evening and nightlife has been present in the shipyard area for several years due to private initiatives such as the B90 club or Instytut Sztuki Wyspa. Is it time for a business aspect?

Mikołaj Konopka: Indeed it is. The location is especially attractive in terms of entertainment and culture. It is also worth mentioning that there are public investments such as the Museum of Solidarność, ‘Droga do wolności’ route, and World War II Museum currently under construction as well as development plans for the Museum of Modern Arts (a letter of intent including the Museum’s commission for public use scheduled for 2018 was signed in September 2015). These and other projects enable the post-shipyard areas of Gdańsk to take on a new dimension.

Anna Wasilewska-Dąbek: The old port areas of Hamburg, Oslo, Malmö and Copenhagen are currently very popular places for both working and living. Is this possible for us in Gdańsk as well?

Mikołaj Konopka: I am sure that it is. Residential investments developed by the BPTO project ‘Young City’, Invest Komfort with its ‘Brabank’ and LC Corp will result in an inflow of young, ambitious people to these areas. Furthermore, another factor increasing the attractiveness of the post-shipyard areas is their location by the water. A multifunctional place where one will be able to combine work with culture, art, entertainment and living will be developed – and this is what already happens in the cities that you mentioned.

Anna Wasilewska-Dąbek: An undisputed advantage of C200 is its excellent location. What other amenities does the project offer its tenants?

Mikołaj Konopka: During the acquisition process, we thoroughly analyzed the building's pros and cons. We found that it has excellent potential for us to develop a modern office building as its construction is similar to construction of present-day investments. First of all, its developers focused on space quality as much as we do today and, therefore, C200 Office offers floors with excellent lighting enabling us to create open spaces as well as separate offices. The last ones still often selected by tenants. Second of all, we offer the ability to select office space on a very different scale. We have the largest floor space in the Tri-City – 5,300 sq m. This is a great advantage for companies wanting to be located on one level without the need of having to expand to different floors. Furthermore, apart from the excellent space quality and size, we are also planning to develop a professional fitness room, a conference center and a canteen with a kiosk. In addition, a bicycle route is located around the office building and it is worth mentioning that the Tri-City has the most comprehensive network of bicycle routes in Poland. It also has parking and shower cubicles for cyclists. To sum up, the C200 investment has all of the amenities that you would expect from a class A office building.

Anna Wasilewska-Dąbek: You are offering the highest office building class at a 10-15% lower rate compared to other projects on the market. How did you achieve this?

Mikołaj Konopka: It may be said that we received the building free-of-charge while purchasing the land as it was not valued within the transaction. Furthermore, we were able to retain the building’s construction during the revitalization. The building’s foundation, which was in good shape, was also included within the price of land. This gave us a market advantage as we could use the existing structure. Our case shows that it is not always easier to demolish and build from scratch. We saw the opportunity and we took advantage.

Anna Wasilewska-Dąbek: What kind of tenants are interested in your concept?

Mikołaj Konopka: Firstly, companies from the IT sector. We are located just a 15 -minute walk from the Technical University of Gdańsk. Access to IT staff and the opportunity to employ students on a flexi-time basis where a candidate can undergo apprenticeship between and after classes, and join the company on a permanent basis is of great importance to potential tenants. We are also targeting companies from the BPO/SSC sector. Furthermore, we are receiving more and more requests from the Call Center sector willing to employ young people. This is not surprising as C200 has excellent urban communication with Southern Gdańsk where many young people reside. In addition, we are also witnessing huge interest from companies in the maritime industry (for example design offices) due to the proximity to post-shipyard and port areas and their desire to relocate from their ageing office buildings.

Anna Wasilewska-Dąbek: I understand that something unusual was discovered underneath the building. What was it and how do you plan to use this space?

Mikołaj Konopka: (laugh) In fact, the building was fit for revitalization due to its unique construction and solid foundation. An actual fallout shelter was discovered on the building’s underground floor -1. It is in excellent condition complete with equipment, including registration books and telephone exchanges. Technical staff working within the building were undoubtedly essential to the regime at the time and could relocate to the shelter in case of a nuclear attack. The shelter is still active but secured. We were planning to create a museum of civil defense using the exhibits from the shelter. However, it turned out that current regulations and fireproof requirements made this rather difficult.

Anna Wasilewska-Dąbek: Did the C200 investment whet your appetite for further revitalization projects?

Mikołaj Konopka: We will surely follow this trend whether it will be in the commercial or residential sectors. There are less and less conveniently communicated places with these locations becoming increasingly expensive. Furthermore, it is worth mentioning that many investments are not built solely by developer companies – cities tend to play increasingly important roles within revitalization processes and creating new opportunities for projects and their surrounding areas. For example, Dolne Miasto in Gdańsk was revived to its former glory in most part due to the revitalization of Łąkowa Street. Another example is the revitalized Wrzeszcz. Combining developer activity with local government plans is necessary. Browar Gdańsk is an example of a joint investment where a developer builds a residential project and has recreated the cultural function on the basis of an old brewery while the city revitalizes the building's surroundings. Similar things are happening to the Black Hussars’ barracks – the new Garnizon district. It is worth remembering that a developer, while building from scratch, is not able to recreate the place’s spirit, maintain architectural characteristics and what is most important – will never be able to fully recreate history… C200 is connected with the European Solidarity Center, World War II Museum and a number of other major projects. All of this is happening concurrently. Because the process is very time-consuming, its effects are yet to be felt. For example, the revitalization process around the old brewery has been in progress since 2005. In the case of post-shipyard areas, local land management plans are in place and the land parcels have already been sold. Therefore, it is time for the next stage – plans and investments. Due to the huge scale, this will surely take some time. However, I believe that in ten years’ time we will see real tangible results.

Anna Wasilewska-Dąbek: Thank you for the interview and congratulations on the great project.

The interview was conducted by Anna Wasilewska-Dąbek, Editor of Bazabiur.pl. Anna is an expert in B2B communication, CRM and digital marketing. She gained her experience working for corporations such as DHL and King Sturge both in Poland and abroad for over 15 years. Anna works at JLL for 4 years.