The widespread uncertainty caused by the COVID-19 pandemic is also visible in the commercial real estate market, including the office sector. Companies with a sizeable office portfolio and those leasing a significant volume of office space in a given building, are increasingly considering the option of subleasing part of their office space to another company which is not in direct competition with the sublessor or other tenants operating in the same building. This trend is becoming more marked in Poland and seems to be a suitable temporary solution in order to wait out the pandemic. However, experts from JLL underline the things that you ought to pay attention to in the process of negotiating such a transaction.

Currently, the trend of office subleasing is becoming more popular on the commercial real estate market in Poland. However, if a subtenant declares their willingness to stay longer in a given office than is provided for in the sublease agreement, they should take into account that the terms of the transaction may change. They may also want to consider entering into a direct relationship with the landlord by entering into a lease agreement for that space at the end of the sublease. Alternatively, they may want to explore the possibility of space assignment. It all depends on the market situation, the relationship with the building’s owner and the goodwill of the sublessor. Usually, such a scenario bodes well for both parties, as the prospect of a long-term contract is a guarantee of stability.

So, an assignment can be considered when:

If you decide to sublease, there are a number of important things to consider.

A sublease does not act as an agreement that is independent from the contract concluded between the tenant and the property owner. On the contrary. Despite the fact that it is a new document, to which the two parties become sublessor, i.e. the current tenant of the space, and subtenant, i.e., the company, which will use the entire office or part of it, you ought to bear in mind that the terms of the original lease are still binding. 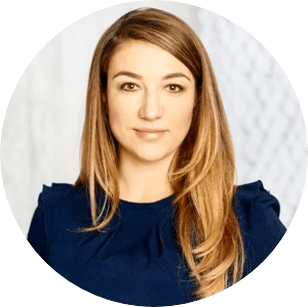 A key point worth mentioning is the nature of the relationship stemming from the lease and sublease. Despite the conclusion of the sublease agreement, it is the tenant who is still responsible for fulfilling the obligations of the original agreement that covers the entire space, such as paying rent. Hence, if the subtenant stops paying rent, the landlord will continue requiring all payments from the tenant, not the subtenant. Similarly, the responsibility for the condition of the space and using it for its contractual purpose rests with the original tenant.

"In reality, it is the landlord who has the final say on many issues. So the sublessor will not be able to contractually guarantee more rights than those to which it has committed to itself in the lease agreement it signed with the building’s owner," the expert adds.

At the very beginning, you should also remember to exclude restrictions related to the possibility of subletting the space to companies from specific industries - they may be specified in agreements concluded by the owner of the building with other tenants and to analyze the ways of using the office - which may be imposed in the lease agreement.

Although negotiations between a sublessor and a subtenant must include certain restrictions and should be based on the arrangements between the landlord and the tenant, the sublease itself requires a completely separate agreement. Therefore, it is not enough to copy the provisions of the original contract signed with the property owner. Each time, you ought to adjust such a document to the arrangements with the company that will move into your office space.

First of all, you need to determine the period for which you want to sublease the space, whether it be for the remainder of the lease or for a shorter period. In this case, you need to determine internally if you do not plan to use the space anymore or, for example, due to a long commitment you signed with the owner, you plan to only make it available for a certain period of time. It is also necessary to determine what the shortest period would be satisfactory when responding to a potential short-term subtenant.

It should be determined what the minimum area would be as well as the number of parking spaces you want to sublease. Then the agreement should specify the responsibility for the given space, access to it and common areas, and the possibility of sharing certain spaces. Additionally, it is important to know how quickly a given space can be made available and transferred to a subtenant and to specify when exactly it should be handed over and in what condition. An important point in the process of finding a subtenant and negotiating a sublease agreement is to determine with the landlord what are the possibilities of adapting the office to the needs of the new company and who will be responsible for the possible rearrangement of the space.

"A sublessor would most likely hand over space as is - without having to customize it for the subtenant's needs. In practice, the subtenant will consider subleasing an office without making large changes in the current arrangement only when the sublease agreement is signed on very attractive terms or for a very short period of time from a few months to one or two years. With such a short period of lease, large modifications are not profitable. Investments in adapting the space to the expectations of the new company are justified and usually happen in the case of subleasing a larger area and for a longer period of time. The most common modifications include adjustment of structural cabling, separating the reception area as well as the server room. The question of who will be responsible for covering the costs of these technical and design adjustments should be decided in further negotiations between the parties. There is no market standard here. Everything depends on the terms of the agreement jointly worked out between the parties", explains Ida Stankiewicz from JLL.

The sublease agreement should also include appendices, which apart from the standard documents should for example include an inventory report of available furniture and conference room equipment (projectors, projectors, screens), office equipment (printers, photocopiers, etc.) as well as kitchen equipment (coffee maker, water distributor). It is convenient for the subtenant, as it relieves them of the task of organizing the office space equipment so that it is suitable for running their own business.

A standard action is for the subtenant to deposit security for the lease agreement in the form of a bank guarantee or security deposit. Its formula will be identical to the construction of the security deposited by the original lessee of the space when concluding the lease agreement with the building’s owner. The landlord will also require the subtenant to provide evidence of insurance contracts (liability insurance and insurance of the leased premises against damage and theft), and payment of premiums. Providing collateral and submitting insurance are common conditions for transferring space to a subtenant company for use.

The market dictates the trends

During the economic slowdown, the trend of subleasing office spaces is gaining momentum. A tenant of a large office space may look for cost optimization, while a subtenant may be guided by a desire to take advantage of attractive commercial terms, of the need to implement a specific project, or even a desire to see what it's like to run a business in an office offering a different layout, a higher standard of building or a different location.

"The shift towards subleasing a portion of one's office space makes good business sense and is beneficial to both parties in such a transaction. However, one must pay attention to a number of factors associated with this type of transaction during the negotiation process. Currently, our team is advising on a number of such negotiations. Each of them is different and requires an individual approach as well as excellent knowledge of market realities. We also predict that interest in subleases will continue throughout 2021", summarizes Ida Stankiewicz, Director,  Tenant Representation Department, JLL.