Warsaw, 13 July 2011 – Jones Lang LaSalle is pleased to announce that Equator II will become a headquarter location for WSiP office. The firm signed lease agreement for over 4,100 sq m. WSiP was represented by Terra Investments in securing its new location.

Equator II is a second phase development of the Equator Offices complex in Warsaw. The building is scheduled for completion in October 2011. The general contractor is PORR. Equator II is a development of Zenith Real, a subsidiary of the Karimpol Group. The Polish operation is based in Warsaw and oversees the design and construction of Equator II and manages the leasing and other client related activities. 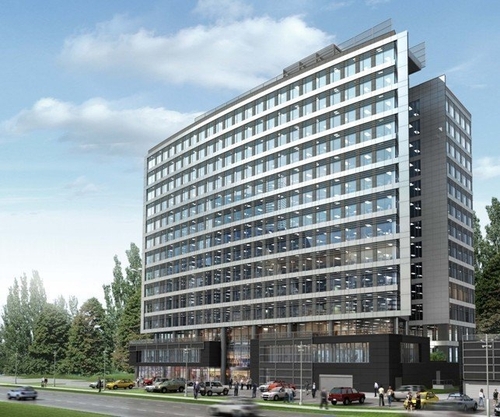 Martin Prokes, representing the Karimpol Group said: “The Karimpol Group started the development at a difficult time, in the middle of the economic crisis, caused by the Lehman Brothers failure. As it turns out , this decision was the right one, as EQUATOR II is one of the few new office buildings being delivered 2011. As it stands the Karimpol Group has signed two lease agreements months before completion, for a total of about 50% of the space, with two more agreements for another 4,000 sq m. about to be concluded. We are extremely happy to sign with WSiP, as this is a market leader in their field of business and we are looking forward to a long business relationship.”

Jones Land LaSalle represented Karimpol in that transaction. Paweł Lothammer, consultant at Jones Lang LaSalle added: “The lease agreement for over 4,000 sq m with WSiP is the second pre-let transaction secured by Karimpol in EQUATOR II, which corresponds to nearly 50% occupancy level. We are convinced that till the end of that year the building will be approx. 85 - 90% leased. The success story of the building commercialisation process is a prize for the wise investment approach of Karimpol and a risk taken during the global economic slowdown.”

Equator II will meet all of the requirements associated with a modern office building such as ceiling fan-coils, floor to ceiling glazing, state of the art building management and security systems, eight high speed lifts (7 passengers + 1 goods lift) with pre-selected access control and underground parking located on four underground levels with over 250 spaces.