Sales of new apartments measured jointly for the six largest markets in Poland increased by 6% q-o-q. The late boom in Poznań and Łódź means records may be broken by the close of the year.

Property developers operating in the six largest cities in Poland sold 16,100 units in the third quarter of this year, which was 6% more than in the previous quarter. Sales growth was recorded on almost all markets, except Wrocław. In Poznań, where 1,700 units were sold in Q3, this was the best quarterly result in history – we read in JLL’s latest report “Residential Market in Poland Q3 2019”.

After a clear decline in sales in the third quarter of last year (to 14,300 properties) and difficulties in activating new projects, the situation on the primary housing market appears to have stabilised. Companies operating in Warsaw, Kraków, Wrocław, the Tri-City, Poznań and Łódź launched the sale of 14,500 units in the last quarter, selling 16,100 in the same period. A total of 65,700 units entered the offering in the last 12 months, while 64,200 were sold, which is a similar result to that achieved on these six markets throughout 2018. The JLL’s residential experts expect 2019 to end with a similar result.

It seems that property developers operating in the residential sector will be able to treat 2019 as a successful year. Purchasers have actually accepted rising prices, despite their reservations. This is suggested both by the continued high level of housing sales as well as by the exceptionally large number of mortgage loans granted in the first half of this year. Property developers compensate the slower rate of growth of sales than several quarters ago by maintaining attractive margins, as a result of which the value of the market is not declining.

Head of Residential Research at JLL

Poznań and Łódź are recovering their losses

The scenario taking place in most cities of the simultaneous moderate reduction in supply and demand does not apply to the two smallest housing markets of the main six: Poznań and Łódź.

In Łódź, sales made by residential developers in the three quarters of this year amounted to 4,800 units and, at the end of September, were already at the same level as the volume of transactions on that market throughout the whole of 2018. The new supply is also still high. As many as 1,000 new units were introduced into sales in July–September while the offering remained at a high level of 3,800.

In turn, 1,700 units sold in Poznań was the highest result recorded in history – 24% higher than in the previous quarter and 74% higher than a year earlier. Given the current, equally high results recorded at the beginning of the year, it can be expected that sales over the whole year will exceed 6,000 and set a new historical record.

“Both of these markets still have a very high potential for further development. In past years, the number of transactions per 1,000 inhabitants in such cities as Warsaw, Kraków and Wrocław is as high as even 16–19 units, while it remained at a level of 4–8 in Poznań and Łódź during the same period. The relatively high availability of investment land is also favourable for companies operating on these two markets, which enables the maintenance of flexibility in preparing successive projects and reduces the pressure on price rises”, explains JLL’s expert, Katarzyna Kuniewicz.

While analysing the inclination of Poles to make purchases, the Central Statistical Office has been reporting a high level of optimism for several quarters. Furthermore, the indicator illustrating the inclination to make important purchases – in practice, including apartments and flats – and the current consumer confidence index (BWUK) reached the highest levels in history in September.

“In this context, the maintenance of the current sales results despite systematically increasing prices appears realistic, while property developers do not see any reasons for not increasing prices”, comments Katarzyna Kuniewicz.

Average prices per square metre calculated for the units on offer at the end of September increased with respect to the previous quarter in all agglomerations analysed. The highest growth was in Kraków (3.7%) and Łódź (3.5%). Prices rose on a smaller scale in the Tri-City (2.3%), Wrocław (2.0%) and Warsaw (1.5%). Average prices in Poznań rose only slightly – by 1%. Compared to the results of the previous year on four markets in Warsaw, Kraków, the Tri-City and Wrocław, we recorded double-digit increases within the range of 10–15%. In the other two cities, the increase in prices was moderate. Average prices in Łódź were 6.3% higher than last year and 3.4% higher in Poznań.

As the authors of the report “Residential Market in Poland Q3 2019”, note, the current economic climate is largely based on investment demand. Buy-to-let transactions currently account for approximately 30% of all transactions conducted and, although individual investors constitute the group of buyers who are most inclined to withdraw from purchasing in a situation of a changing market, it is not yet declining. 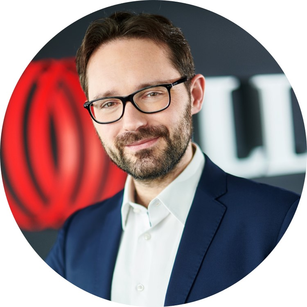 Rents on the housing market are rising in almost all cities, while the persistently low level of interest rates is still discouraging people from keeping money in the bank. Even increasing purchase prices, which potentially reduce the return on investment, do not scare off buyers, because they give hope of an appreciation in the value of real property over time. The enthusiasm of this group may be cooled by possible regulatory changes regarding the short-term rental market, which are being talked about increasingly loudly in the industry. Meanwhile, the place of individual investment purchases within the overall pool of transactions in the coming years can successfully fill package deals handled by institutional entities that are increasingly active in Poland.