From creating positive experiences to lockdown, sanitation regimes, and the implementation of a hybrid working model – this, in a nutshell, sums up how the last year played out in Polish offices.

A few days after the announcement of the first COVID-19 case, on March 4th, 2020, Polish office buildings which had previously been bustling with life, stood deserted. Many companies, and of course their employees, had to immediately switch to a remote working model, organizing their offices in kitchens or living rooms. A lack of comfort, no more socializing with colleagues, and uncertainty took us out of our respective comfort zones and had a huge impact on our approach to the workspace and how we wanted to use it. JLL experts present a brief look back at the office in 2020 and what lies ahead.

In the second half of 2019, JLL and Skanska published a report presenting five different employee personalities in Polish offices. These included people with a particular interest in the topic of ecology, employees who valued traditional office layouts and were attached to their desks, team players focused primarily on work-life balance, professionals open to innovation and new tech, and taskers. Interestingly, these groups differed in their approach to remote working. For example, the more traditional type of employee was reluctant to work from home, while task-oriented people found this working model to be a very interesting option. The report's findings were designed to help employers prepare offices that addressed the very diverse and often mutually exclusive needs of their team members. 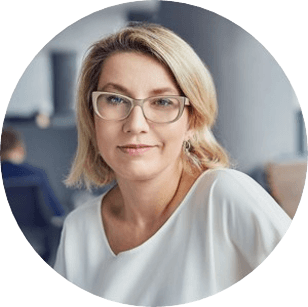 The office industry, at the start of 2020, had been dominated by the theme of creating positive workplace experiences. Companies would wonder what they could change or add to their proposition to build a loyal team and attract the best employees. The implementation of shared desks and alternative spaces such as creative zones, quiet rooms, informal spaces, and relaxation areas very often cropped up in conversations with our clients. Many employers had very ambitious plans and were optimistic about the months ahead.

Polish offices were becoming more diversified, as well as both individual and project work-friendly. 2020 was to be marked by further innovation in office spaces.

March – the home office concept, a baptism of fire

On March 4th, 2020, the first case of COVID-19 in Poland was announced. In the days that followed, many companies implemented remote working. By March 20th, when the state of a pandemic was declared, most of us were already working from home. Interestingly, 42% of respondents to the JLL[1] survey, conducted in late March and early April, had either not worked from home at all before the pandemic or had only done so for one day a month. 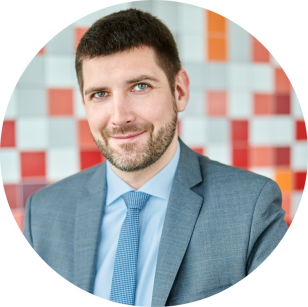 The first month of the pandemic was a time when we saw a lot of uncertainty both within our team and among our clients. After all, most of us feared for our own health and that of our loved ones, and on top of that we had to learn how to function under entirely new conditions. It feels noteworthy that back in February, the home office was treated as a perk and some employees were not allowed to utilize this model at all. However, from mid-March 2020, we have had no choice but to arrange our offices on couches, in kitchens or bedrooms.

April – will offices still be needed?

The beginning of spring was a real productivity test for Polish employees, who were forced to work under increased pressure due to this unusual situation. Most passed this challenge with such great success that the belief of having a traditional office was starting to be called into question.

“The declaration by some, in March-April 2020, of the demise of the traditional office space, was very much premature. It was clear from our survey that weeks of isolation, endless teleconferencing instead of normal meetings, having to share a home-based office with one’s family, and the lack of comfortable furniture to work with, were a source of frustration and great discomfort for employees. We all wanted to return to normalcy, although experts already pointed out that our offices would have to permanently adapt to new social norms and customs,” says Jakub Zieliński.

May – offices ready themselves for the return of employees

The second half of spring was a time when employers began to entertain the idea of returning to their offices. In practice, it turned out to be a complex process that had to be planned accordingly.

“Re-opening office buildings to employees could not happen in an off-hand manner and required the right strategy. At JLL, we spread the process over several stages, which included the setting up of a working team responsible for taking care of the operation in its entirety, preparing communication for employees, dividing teams into groups that could return to the office, labeling the office space and creating a system for booking desks. In the case of JLL, about 5-10% of our team returned to Warsaw Spire during this first period,” adds Jakub Zielinski.

June – offices will remain, but in what form?

At the beginning of the summer, when we had somewhat become accustomed to the pandemic, various scenarios of a mass return to the office began to emerge.

“What the offices were to look like depended on the length of the pandemic and how it would spread. In retrospect, it's hard to believe that in mid-2020 some of us were hoping that the pandemic would gradually start to recede,” says Jakub Zielinski.

Scenarios for the new office reality took into account the flattening of the curve, a recurring quarantine, as well as the worsening of the pandemic and any further restrictions that would accompany it.

“The third scenario reduced the office to a bunker where everyone worked alone and was isolated from the rest of the team. This concept obviously failed, as time has shown us that we don't need offices for individual work, but we do need it to interact with colleagues, exchange ideas, or brainstorm, which is difficult to do in the long run via videoconferencing,” explains Jakub Zielinski.

The second half of the year saw working from both home and the office, rotating work patterns and desk reservations as the new normal. The hybrid working model was then on everyone's lips.

“Hybrid work is already such a universal concept that it seems to be a relatively simple working model to implement. In fact, it is a complex topic, requiring effective communication with employees, and educating the team in how to adjust company policies to the new reality. Still, there is no doubt that the home office is here to stay. According to JLL's 'Reimagining Human Experience' report, the number of days we work remotely will double from 1.2 days before COVID-19 to 2.4 days per week after the pandemic. Nevertheless, it is worthwhile for employers to ask themselves how much space they should adapt for the team and individual work and how to adjust the office to the actual needs of their employees,” explains Jakub Zieliński.

The Activity Based Workplace concept (properly adjusted to the new normal), which has been known to experts in the work environment for many years, could prove to be a useful tool. These workplace design principles help to create an office layout that is based on the specificity of tasks we perform day in, day out and our requirements for office space.

So what will our offices ultimately look like post-pandemic and, above all, what would employees want them to look like? One in two people who took part in JLL's 'Shaping Human Experience' survey cite inclusive spaces as those that translate into positive experiences. In turn, 40% of those surveyed would like to be able to work from alternative locations such as coworking offices.

“Interestingly, 34% of respondents would like to work in an office every day, 32% indicate the need for one or two home office days per week, 24% – three to four days, and only 10% of respondents want to work from home on a permanent basis. These results may, of course, vary depending on the company and the industry it operates in, but they clearly indicate a continuing key role that offices play in our daily lives,” explains Jakub Zieliński.

The offices of the future will be based on the idea of meetings including spaces for quick presentations, rooms for project work and offering appropriate multimedia technologies, as well as for employee integration.

“It’s worth mentioning that at the beginning of 2021, many employers tackled the topic of returning to offices with renewed energy. The vaccine has given us hope. However, it is important to base the planning process on the needs of one’s team and the key needs of one’s own business. Now, after many months of the pandemic, we are able to assess which elements of the office space need to be changed, how to remodel work, and how to navigate this new reality,” concludes Anna Bartoszewicz-Wnuk.

[1] Report „When home is the new office”