A long-time favourite for back office operations, Warsaw is now putting itself on the map with its start-up credentials.

Many of the entrepreneurs fueling Warsaw’s growing start-up scene know a thing or two about big corporate culture.

The Polish capital owes much of its success in creating a skilled tech workforce to the presence of global corporates from Google and Samsung R&D, who have long based their back-end operations in the city, to more recent arrivals such as Goldman Sachs or JP Morgan Sachs who based their IT and technology centers in Warsaw.

Now, after learning the ropes as part of global tech teams, they’re moving over to the start-up side to develop their own ideas. 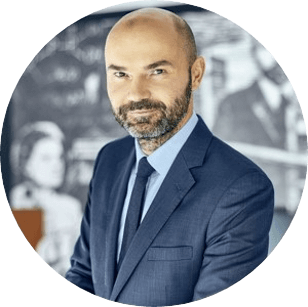 The experience and knowledge are there among young professionals who, by working for these firms, have had access to both global ideas and global tech.

"This means that as Warsaw aims to build its own momentum, there's a solid base of skilled and talented people to tap into from across Poland."

Their skills are in high demand among the city’s diverse array of start-ups, ranging from online healthcare booking platform DocPlanner, preschool resource Frugoton and robot maker Robotics Inventions to its crowd of fintech firms catering for both business and consumer audiences.

On the consumer side, MAM’s app tracks grocery purchases and allows consumers to collect credits to then use on their utility bills.

“There’s a vibrant, fintech start-up community – which then goes full circle by becoming another magnet for corporates to move here,” says Trzoslo. “Digital solutions are constantly under innovation and with much of it being fintech, it’s an attractive place to be for multinationals.”

Fintech start-ups are also catching the eye of investors. Take GIVT, which obtains compensation for customers for delayed or cancelled flights. Founded in 2017, the company has raised EUR 2.8 million since inception to develop a forecasting and flight scoring system.

“Capital to pursue new ideas is forthcoming and ranges from so-called angels to private equity to venture capital,” he explains, pointing to funds such as Giza Polish Ventures and IdeaBox Capital. Experior Venture Funds and HardGamma are also active in providing capital to Warsaw’s start-ups.

Unlike other European cities, Warsaw’s office market is yet to feel the impact of its growing start-up culture.

While coworking spaces and accelerators like AIP Warsaw and GammaRebels have set up in prime areas, Trzoslo says Warsaw is yet to see similar start-ups congregate and take over one area of the city.

Plus, with multinational firms historically favouring office campus locations around the city, it could hinder potential collaboration and interaction.

“Again, scale may help expediate this,” Trzoslo says. “When we see a growing number of firms reach good sizes, then they will become meaningful in terms of office take-up.

“There’s no reason why Warsaw cannot rise to that challenge in the coming years.”

One substantial challenge facing the city is, however, retaining its top talent. Warsaw – and Poland in general – has seen many of its young professionals move to other big European cities for better pay and opportunities.

A recently announced initiative by the Polish government to cut income tax from next year to zero for those aged under 26 could however mark a turning point.

"That should go some way to holding onto talent with advantages for Warsaw employers, particularly entrepreneurial start-ups who take on graduates," Trzoslo says. "Salaries may not need to be as competitive as they have been and, as well as the obvious advantages for under 26-year-olds, this could also significantly aide firms in their infancy."

The government is equally looking at boosting support for tech start-ups by pulling in global capital. The Polish Development Fund is to put 2.2 billion zloty (EUR 656 million) in joint ventures with private equity and venture capital firms, and a further 600 million zloty (EUR 138 million) in funds investing in midsize companies. While the plans are nationwide, it should have benefits for Warsaw’s fledgling firms and mark the next stage of the city’s start-up development, Trozslo says.

“It’s fair to say that Warsaw now needs to prove that it’s able to both welcome start-ups from abroad and foster the upscaling of its promising Polish startups,” he concludes. “It’s already one of Poland’s two top start-up cities, alongside Kraków, but competition from the likes of Berlin means ongoing investment is essential.”