Warsaw, 9 February 2016 – International advisory firm JLL has been appointed as the co-exclusive leasing agent for the Neopark office complex in Warsaw. A team of experts from JLL will be responsible for acquiring tenants and negotiations of lease terms on behalf of the investor - Yareal.

Neopark will comprise two modern office buildings representing the highest technical standards and offering in total approx. 24,000 sq m of efficient, optimally lit office space. Tenants and their guests will have 618 parking bays located in an underground parking lot at their disposal. 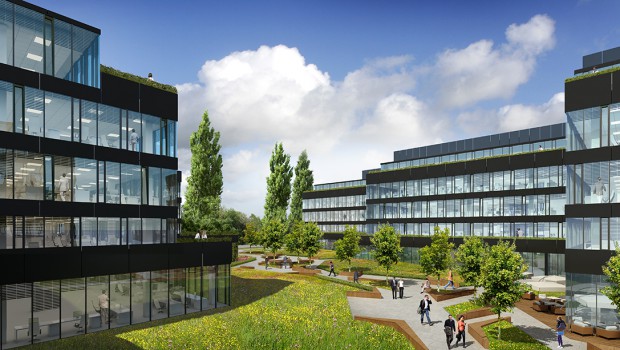 Neopark will be located on the crossroads of Cybernetyki and Wynalazek Streets in Służewiec Przemysłowy, one of the fastest developing office areas in Warsaw. The building’s location is well-served by public transportation including buses, trams, Fast Urban Railway and Masovian Railways allowing swift communication to all parts of the city. Furthermore, Warsaw Chopin Airport can be reached by car in a mere five minutes. Another advantage of the scheme’s location is the proximity to Galeria Mokotów shopping mall with its wide range of shops, restaurants and other amenities.

Zuzanna Kowalczyk, Consultant, Office Agency at JLL, comments: “Neopark is designed with a focus on the comfort of its tenants. The scheme’s modern, elegant architecture, the highest standard of office space finishing and wide range of amenities are the key advantages of Yareal’s investment.”

The amenities planned by the developer include an extensive range of services – a food store, modern canteen serving healthy dishes, a café as well as sports amenities including a gym, basketball and badminton courts as well as an area for jogging. Furthermore, a courtyard with relaxation zones will be developed between both buildings.

Building A will be commissioned for use in March 2017 while the completion of building B is scheduled for Q4 2017.