The strengthening brand of Łódź has had a positive impact on the local commercial and residential real estate market. And it's set to get even better - further stages of area revitalization as well as infrastructure improvements is strengthening the city's investment potential.

Ambitious revitalization plans, a thriving academic centre, nearly one million inhabitants living within its metropolitan area, as well as an increasingly improving infrastructure and extensive transport network are factors that are shaping the image of Łódź as a strong location for real estate investors. However, not only is the office market rapidly developing in the city. According to the report concluded by JLL, the City Hall of Łódź and HAYS Poland entitled "Łódź - Revitalizing a vibrant business and living hub", the residential and hotel segments are also achieving better results.

“We are implementing almost PLN four billion worth of projects with EU funding. The projects include not only the renovation of tenement houses and streets but also the modernization of cultural institutions, development of transport and the improvement of urban infrastructure. They are complemented by programs aimed at vocational activities for residents, educational support and health services. The success of this largest revitalization in Poland is all the more possible thanks to the investments implemented by the city that go hand-in-hand with ventures launched by private investors”, says Hanna Zdanowska, Mayor of Łódź.

In an office orbit

The litmus test that can be used for assessing the efforts of both parties is, among others, the office sector in the city. And this, as the report by JLL, the City Hall and HAYS Poland indicates, is consistently growing. 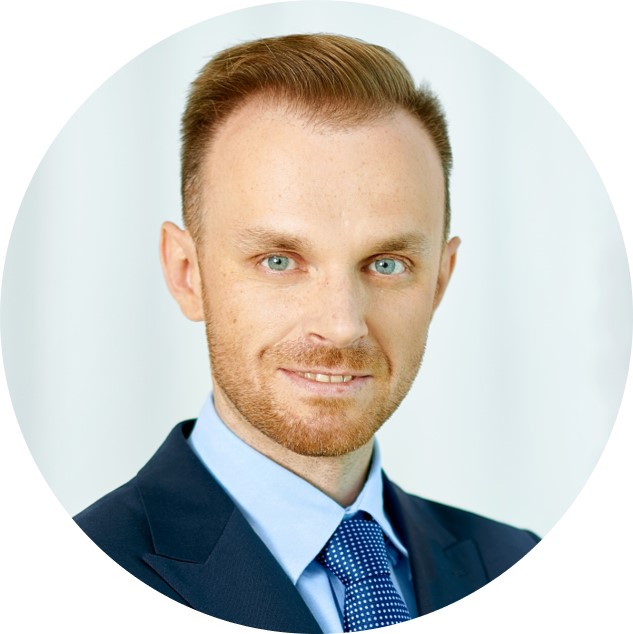 Investors appreciate the unique nature of the office market in Łódź. Here, companies can choose from a wide portfolio of projects - from ultra-modern office schemes to interestingly adapted post-industrial buildings that provide a unique working environment. As in other Polish metropolitan areas, demand is mainly driven by tenants from the business services industry. According to our data, the sector already has a 53% share in occupied office space in Łódź. This ratio has a chance to grow even more, not only because of new investors, but primarily as a result of the expansion of service centres already operating in the city.

Head of JLL office in Łódź

Łódź is currently one of the key locations for business service centres in Poland. According to data by ABSL, in the period from Q1 2018 to Q1 2019, the industry created 2,700 new job positions, and employs a total of 23,200 employees.

“There are many indications that the next few months will be a period of further intensive development and transformation of existing business service centres into even more advanced units such as centres of excellence and knowledge centres. This is particularly important from the point of view job quality offered by the Łódź market. The city still has great potential in terms of possible growth, but what may be more important, are the opportunities for professional development and the chance to participate in interesting and ambitious business projects. In this aspect, Łódź remains at the forefront of Polish cities”, comments Łukasz Grzeszczyk, Head of IT, HAYS Poland.

“Currently, 100,000 sq m of space is under construction in such spectacular projects as Hi Piotrkowska, Imagine, Monopolis and Brama Miasta. Developers are also securing land for more projects, which illustrates that investors believe in the business potential of Łódź. It is also worth noting that the first office hubs are forming on the Łódź market, which indicates the growing maturity of the sector. The largest of them is the Central Axis of Łódź - on the route from Al. Kościuszki to projects that have been implemented on to the intersection of two major arterial routes, Piłsudskiego and Śmigłego-Rydza. The popularity of this location is partially down to its central location and being well-served by public transport” adds Łukasz Dobrzański.

Łódź also constitutes an interesting alternative for real estate investors looking for new options for portfolio development. The city enjoys growing interest from international funds and already occupies fourth place in Poland, outside Warsaw, in terms of the value of office sales and acquisitions. Over the past two years, seven transactions have seen office buildings worth EUR 230 million change hands.

The residential market is gaining steam

Although Łódź is the third largest city in Poland in terms of population, the local housing market has, for some time, been lagging behind other Polish metropolitan areas.

In many respects, such as price and sales in the primary housing market, Łódź was more akin to Lublin and Szczecin than Warsaw and Wrocław. However, over the past three years the situation has changed significantly. Between 2015 and 2018, both the number of apartments sold and the new annual supply more than doubled hitting an all-time high with 4,300 premises being sold and 4,600 launched for sale. These numbers all mean that these positive trends are set to continue in 2019. In the first half of the year, more apartments were sold than in the whole of 2016, and the average price per sq m on the primary market at the end of June stood at PLN 5,900, which is 40% less than Warsaw.

The increasingly improving situation in the residential sector results from both consistent urban revitalization, which generates a higher quality of life for residents, and a good investment climate that positively shapes the mood on the labor market.

“The Łódź market has great potential for further development. Last year, the number of units sold per 1,000 inhabitants was six, while in other large Polish metro areas this number exceeded ten apartments. In addition, the favorable price-pay ratio along with the availability of attractive plots will also encourage developers to launch further investments”, adds Katarzyna Kuniewicz.

Private dormitories constitute a special segment in the country's residential real estate sector, and Łódź is no exception. As the report indicates, Łódź was one of the first cities in Poland to attract investments in this asset class. This should not come as a surprise - there are 22 colleges in the city with 72,000 students attending. Therefore, it is an attractive niche for both owners of flats bought for rent and developers taking into account investments in private dormitories, especially since the first projects in this segment, such as Student Depot or Basecamp, already have an occupancy rate of almost 100%.

Łódź is the sixth largest hotel market in Poland in terms of rooms. There are currently 34 hotels in the city that offer over 3,530 rooms. 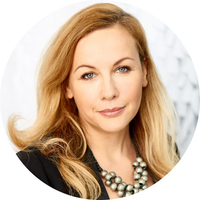 There is a growing interest amongst hotel operators in Łódź. The most attractive location is of course the city centre, although along with business development other interesting options will likely appear on the map as well. In addition to Piotrkowska street, the expansion of the hotel sector is expected, especially around Nowe Centrum Łodzi. This year Łódź welcomed the long-awaited Hotel Puro, and investors are planning to implement six more hotel projects in the city, with a total of 940 rooms. Two of them are currently under construction - Hampton by Hilton and Legs Hotel. The renovation of the Grand Hotel has also been launched.

The mood on the Łódź market, measured in the hotel, office and residential sectors, is improving and the level of investor confidence in the city and its potential continues to grow.

“The strength of Łódź lies in the fact that it does not attempt to resemble other cities. But it does attract investors because of its unique potential, unmatched number of Art Nouveau buildings and post-industrial feel that other Polish cities simply do not have. Therefore, Łódź's chances of attracting new residents may, contrary to demographic forecasts, increase in the next few years. People looking for an alternative to crowded Warsaw or Kraków can come here. Business appreciates it as well - we are already on the short-list of foreign investors who have been feeling great about Łódź for many years”, summarizes Hanna Zdanowska.