Gdańsk Lech Wałęsa Airport has signed a contract with HOCHTIEF Polska for the construction of the first of seven office buildings planned for the Airport City Gdańsk project. HOCHTIEF will build the Alpha office building for 66 million PLN. On 24th October 2019, Tomasz Kloskowski, the President of the Gdańsk Airport, Tadeusz Blecha, a Board Member of HOCHTIEF Polska and Grzegorz Zaborowski, the Director of HOCHTIEF Polska Branch in Warsaw signed a contract giving the go ahead for the project. JLL acts as an exclusive commercialization agent for Airport City Gdańsk.

"We are beginning one of the largest business investments in Tri-City. No airport in Poland has ever implemented such a project. Some of the largest and most important international airports that serve 20-30 million passengers a year have built such office parks. So, we are joining the best", said Tomasz Kloskowski, the President of the Gdańsk Lech Wałęsa Airport. He added that the Alpha office building will be a litmus test for the entire Airport City Gdańsk project. "It is not hard to deliver such building, but the point is to sell its commercial space", added the President of Gdańsk Airport. 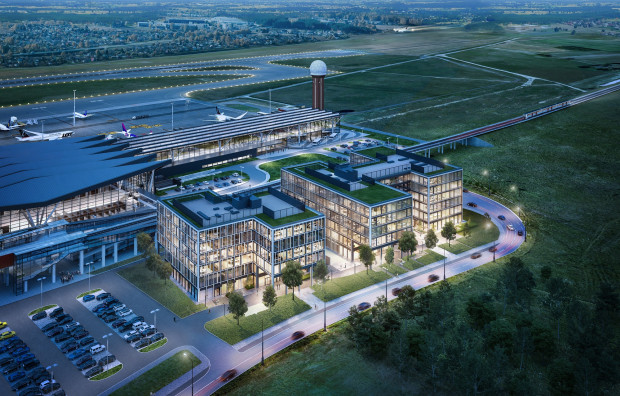 "We are very happy that the investor has entrusted us with the construction of the first stage of the Airport City Gdańsk complex. We have been operating on the Polish construction market for over twenty years and during this time we have successfully completed numerous projects that have changed the landscape of many cities. In this way we are fulfilling the HOCHTIEF mission: we are building the world of tomorrow. We are proud that by being selected to construct this project, we can participate in an investment which is 'a first' for Poland. It will also contribute to the further development not only of the Airport itself but also of the entire Tri-City", said Tadeusz Blecha, the Board Member of HOCHTIEF Polska. 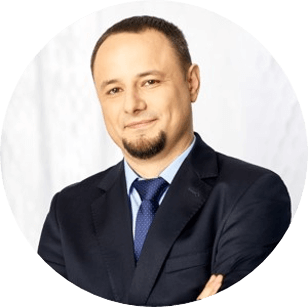 Airport City Gdańsk is a unique investment in every respect, both in terms of its scale and its elegant, timeless architecture. Above all, however, this is the only project on the office market in Poland, which will be an additional impulse for the growth of the office sector across Tri-City. It is already one of the fastest growing office locations in this part of Europe, and Gdańsk airport is undoubtedly showing the way for other regional markets in our country

Director of the JLL office in Tri-City

The newly built Alpha office building will have six floors above ground, two below, and will offer a total of 197 parking spaces. The leasable area will be 8,500 sqm. The façade of the facility will have an aluminum-composite cladding. It will contain characteristic metal elements in a shape inspired by the aileron wings of an aircraft. The façade's lighting will refer to an aircraft's navigation lights. There will be offices and a service zone in the Alpha building. The office building will be located between Słowackiego Street and the Pomeranian Metropolitan Railway overpass, and will be opposite the T2 passenger terminal. The facility will be equipped with an intelligent management system, 24-hour security monitoring, and will be fully adapted for people with disabilities. The energy efficiency of the investment, among others, will be supported by the LEED Gold Certification process.